The second global conflict in the world of Screeps spans across multiple alliances in multiple regions with battles in many theatres, just like the first one did. However, this time it is different: instead of a single worldwide battlefield, we saw a number of local conflicts between alliances, each one pursuing their own interests. Though the world was engulfed in flames of war, that set of conflicts was never officially recognized as a World War.

It’s also worth mentioning that most military conflicts took place in a healthy atmosphere of mutual respect, the community was not poisoned by unnecessary drama no matter how extensive the conflict was.

Like the previous global conflict, this one began in the world’s core. First, in the beginning of June, TK successfully attacked many veteran players, both unaffiliated and TC members: Hernanduer, Dissi, tedivm, TooAngel, DarkTrooper, maka_RTH, NhanHo, AzuraStar, and others. They stated their invasion was “motivated by regional strategic expansion” and tried to negotiate with some players by offering a compensation for the land they wanted, but they didn’t disclose what territory they were trying to seize.

On June 21, 2017, SUN declared war on YP for reasons that slightly varied depending on the source.

One thing is clear: prior to the conflict, YP tried to establish good relations with the alliances hostile to SUN. When SUN learned it, they decided to decrease YP’s influence in the south and/or punish YP for that (depending on the source).

Both sides agree the war was caused by a tragic misunderstanding between neighbors.

Since SUN is much bigger than YP and significantly more experienced in warfare, YP suffered heavily in the first days of the conflict: over 30 YP’s rooms were demolished very quickly while SUN didn’t lose a single room. 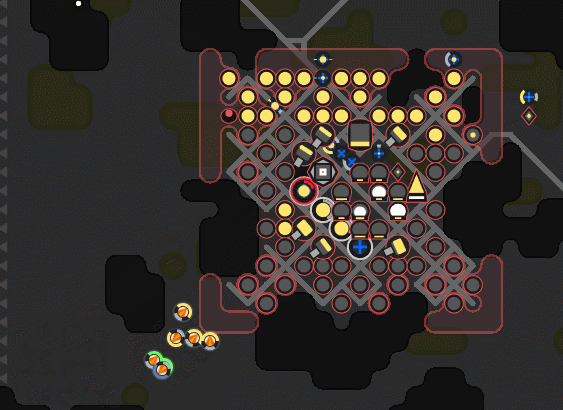 Daboross, an independent member of The Federation, joined the conflict at YP’s side to help them. Thus the first inter-Federation conflict broke out.

In the meantime, TC started doing what they were best at: economic warfare. Using insane amounts of previously earned credits, they inflated minerals/boosts prices (up to 2x-3x to normal) and at the same time dropped subscription token prices from ~2.5M to their historical minimum of 750,000 credits. These measures were supposed to impede the funding of war with real money.

Other alliances were standing aside until June 27.

Interestingly, the leader of YP, DoctorPC, issued several papers titled “UNITED” – a project to document events of the Screeps world which was received positively by all observers from all sides of the political spectrum.

On June 27, The Hive entered the conflict by declaring war on the entire Federation (including SUN, ud, and TK) to extend the war to the north. Things didn’t go well for The Hive: immediately upon entering the war, they started losing their rooms without any notable damage to The Federation. Worse, SUN and ud managed to break into The Hive’s territory and set up their bases there.

Resulting from The Hive’s declaration, Daboross decided to switch from helping YP to fighting The Hive.

Separately, a member of The Culture named maka_RTH declared his own war on The Federation and lost 5 rooms, as The Culture itself still wasn’t in a formal state of war (despite being under pressure from TK).

The final phase started on July 8 when CoPS jumped in the middle of the fight by declaring war on SUN. The declaration explicitly described peace between YP and SUN as CoPS’ exit condition. What CoPS wanted to achieve was to put pressure on SUN to get better trade terms for YP under the terms of their peace deal. Meanwhile YP continued losing their rooms and even players. 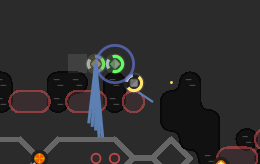 During the following week, CoPS lost one room and destroyed 17 (CoPS data)/15 (SUN data) rooms of SUN. The gap is because of Plasticbag’s ambiguous status: CoPS considered him as a SUN member based on data from LOAN, while SUN didn’t recognize him as a SUN member after January 2017.

The Hive continues suffering losses and inflicting minor damages to The Federation members.

Being concerned over YP players quitting Screeps, SUN renewed peace talks with YP and made a significant step forward by offering them better terms (“we […] offered the best deal we could imagine” – Grand Ambassador Atavus). The result was a peace treaty signed on July 18 that expires on November 16, 2017. CoPS ceased all hostilities against SUN by the end of the day.

Hostilities between SUN, YP, and CoPS ceased, and the global warfare fell apart into two separate conflicts: TC vs. TK and The Hive vs. The Federation.

SUN considers their goal achieved as “the south has been cleanly divided between SUN and YP” (Atavus).

YP lost over 100 rooms (around half of their total number) but those who “remained standing – and standing united – […] shown remarkable progress during the war” (DoctorPC). Besides, YP is now recognized by SUN “as a force to be reckoned with, a member of the exclusive club of major alliances” (Atavus).

CoPS showed themselves as peacekeepers, improved their offense and defense, and proved they are a notable force (even outside their home region) able “to provide SUN with a serious challenge” (Atavus).

TK took control over several sectors in the world’s core and continues their mission, whatever it is.