We’d like to introduce the results of what our frontend team (designer Roman and developer Dmitriy) has been doing during last two months. We have revamped the entire visual style of the game, and today we’re starting to deploy it gradually to various parts of the game UI.

First of all, Screeps now has new logo!

It is much more visually clear, sends more obvious message of coding, and has “creeps” part highlighted and animated. Fun!

Some game screens have been redesigned. This is how they look in the game: 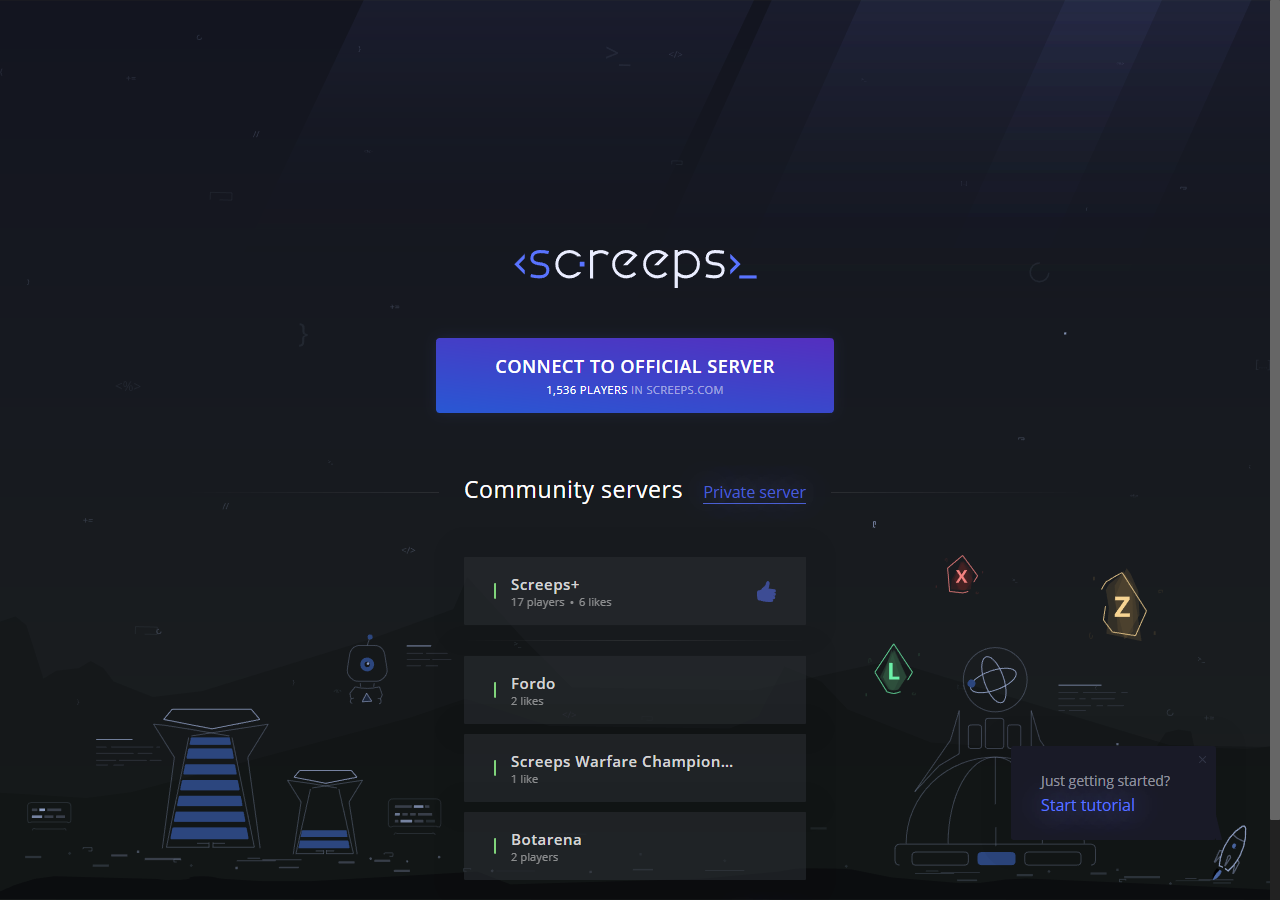 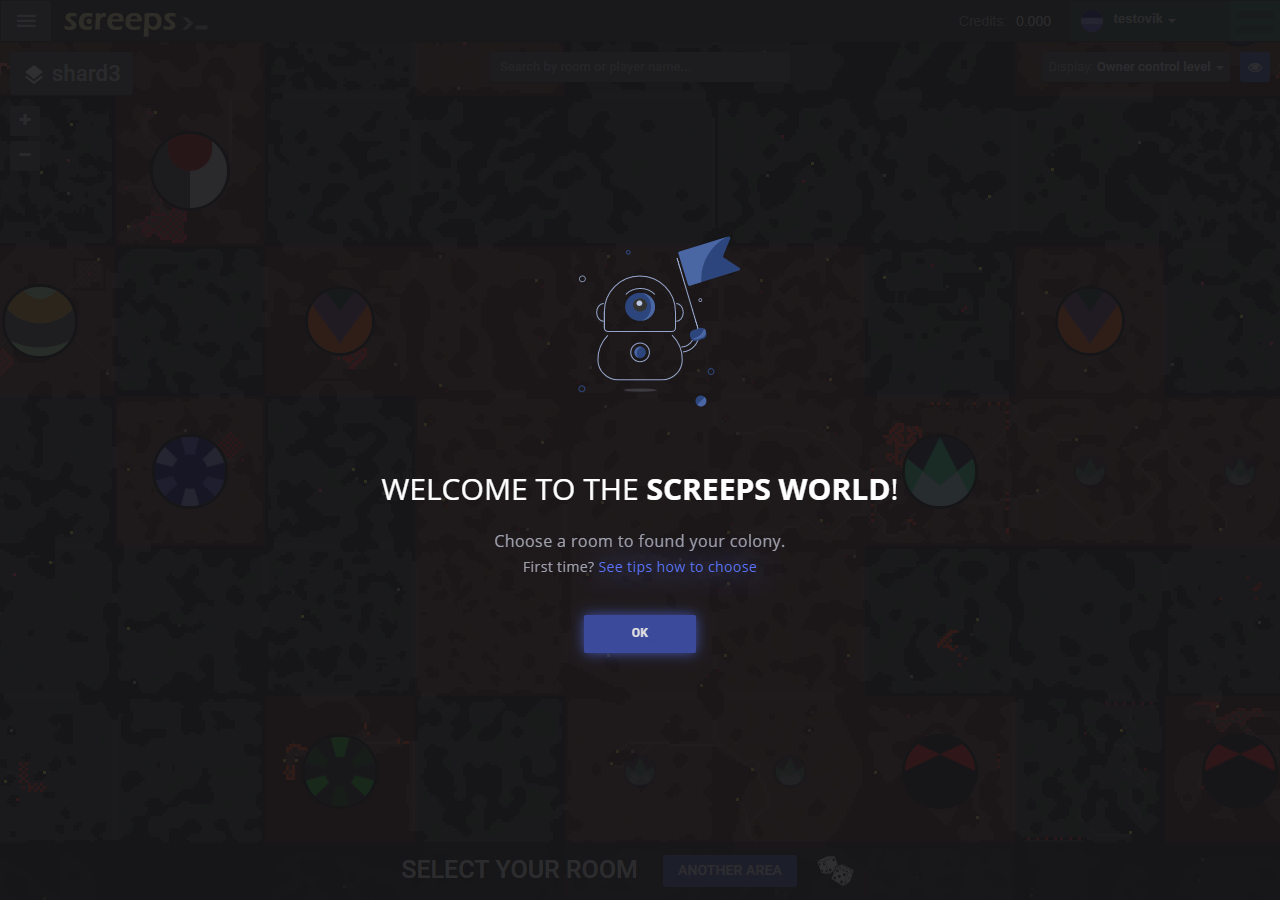 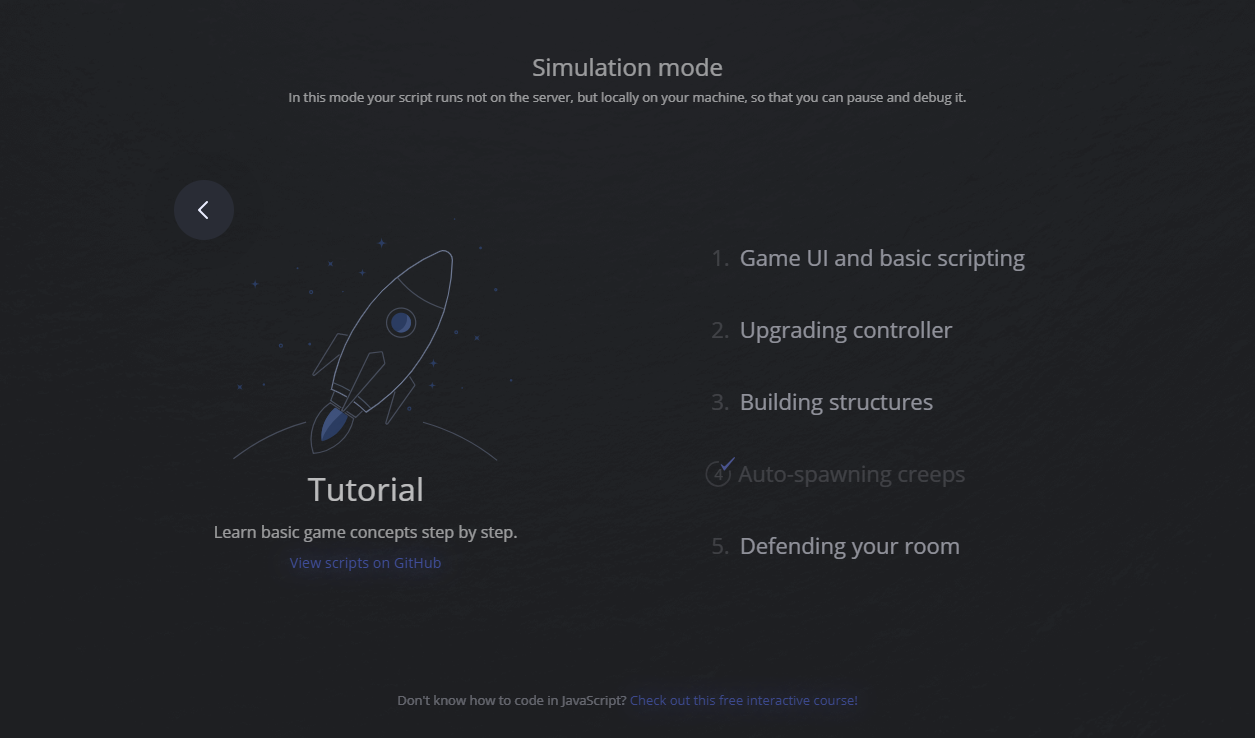 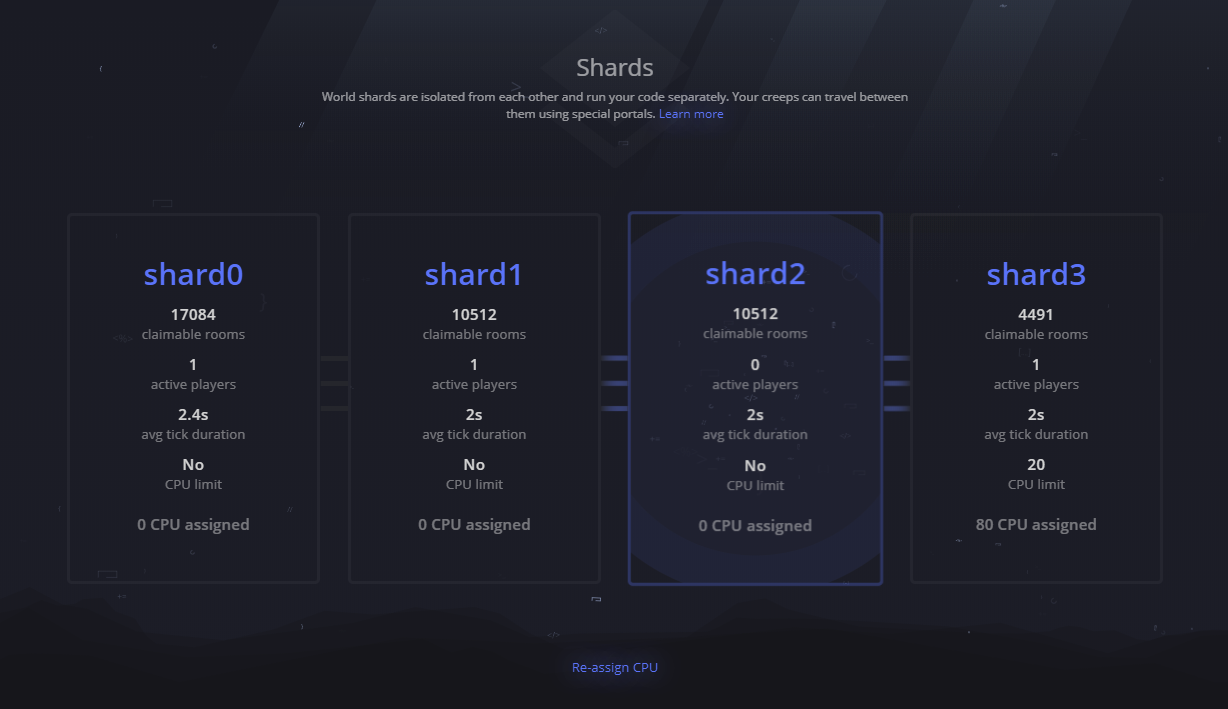 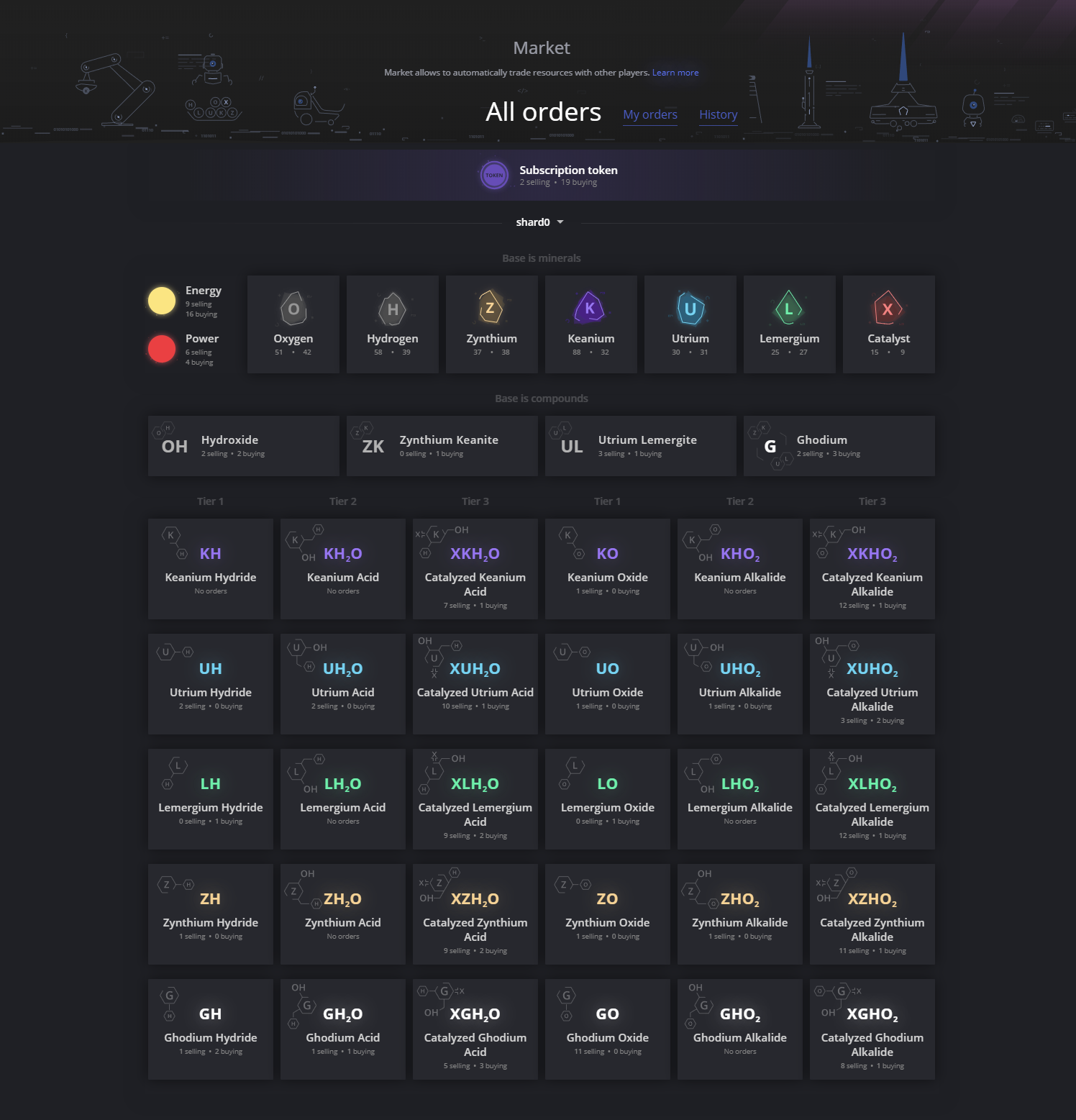 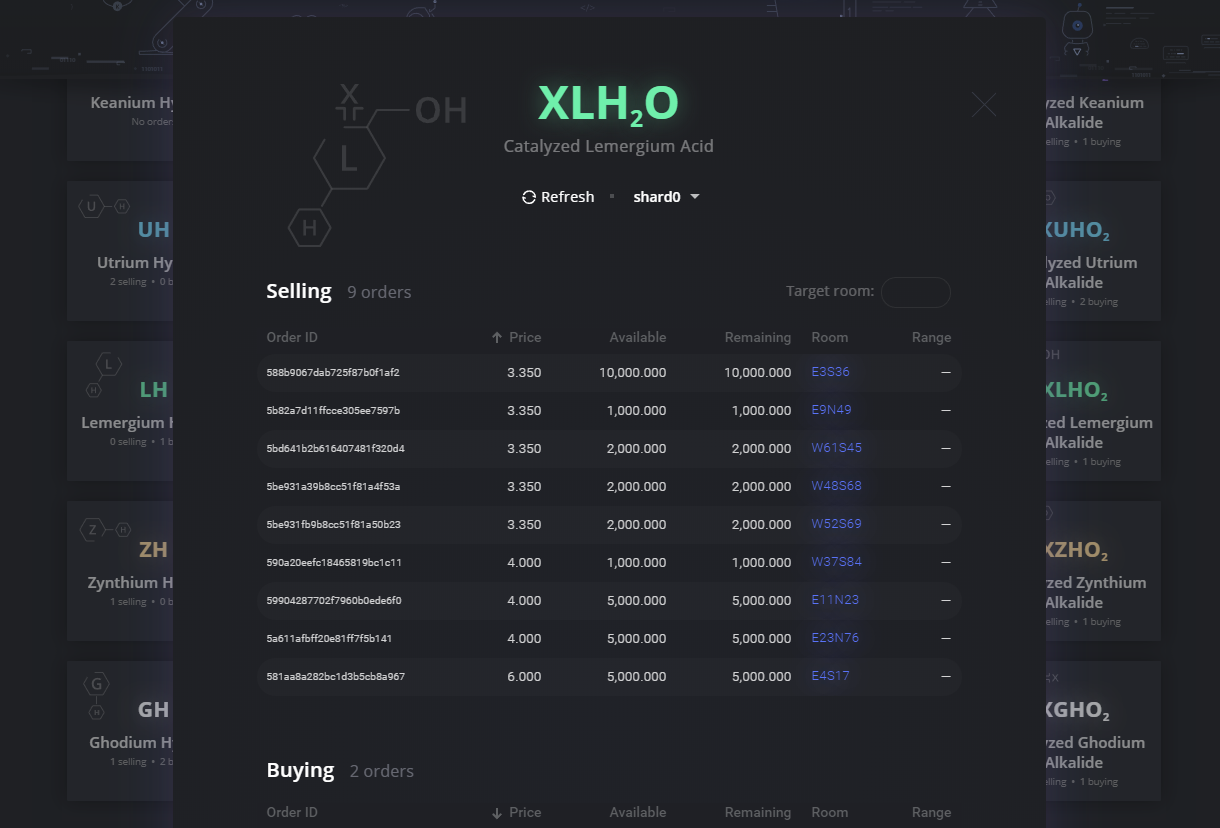 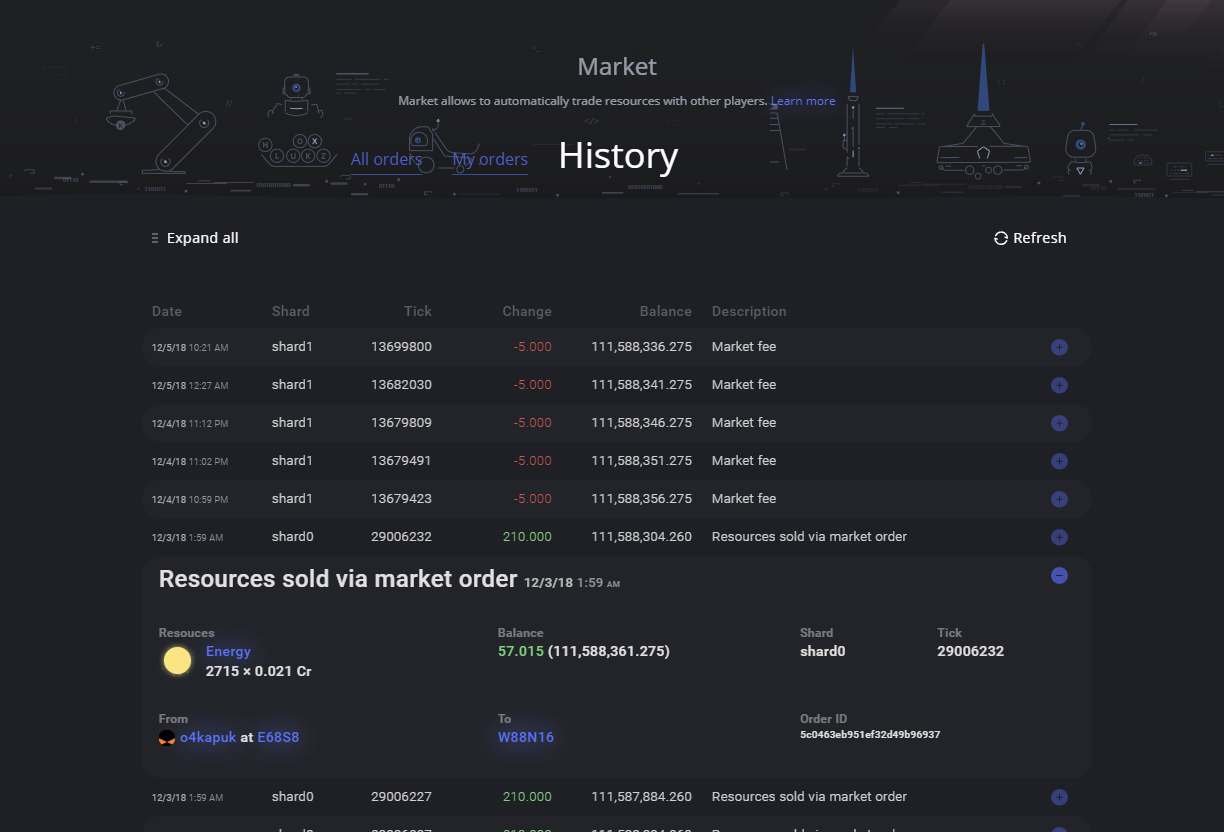 We’re going to redesign almost all other game screens as well. For example, we’re working on the main room UI as well (still work in progress): 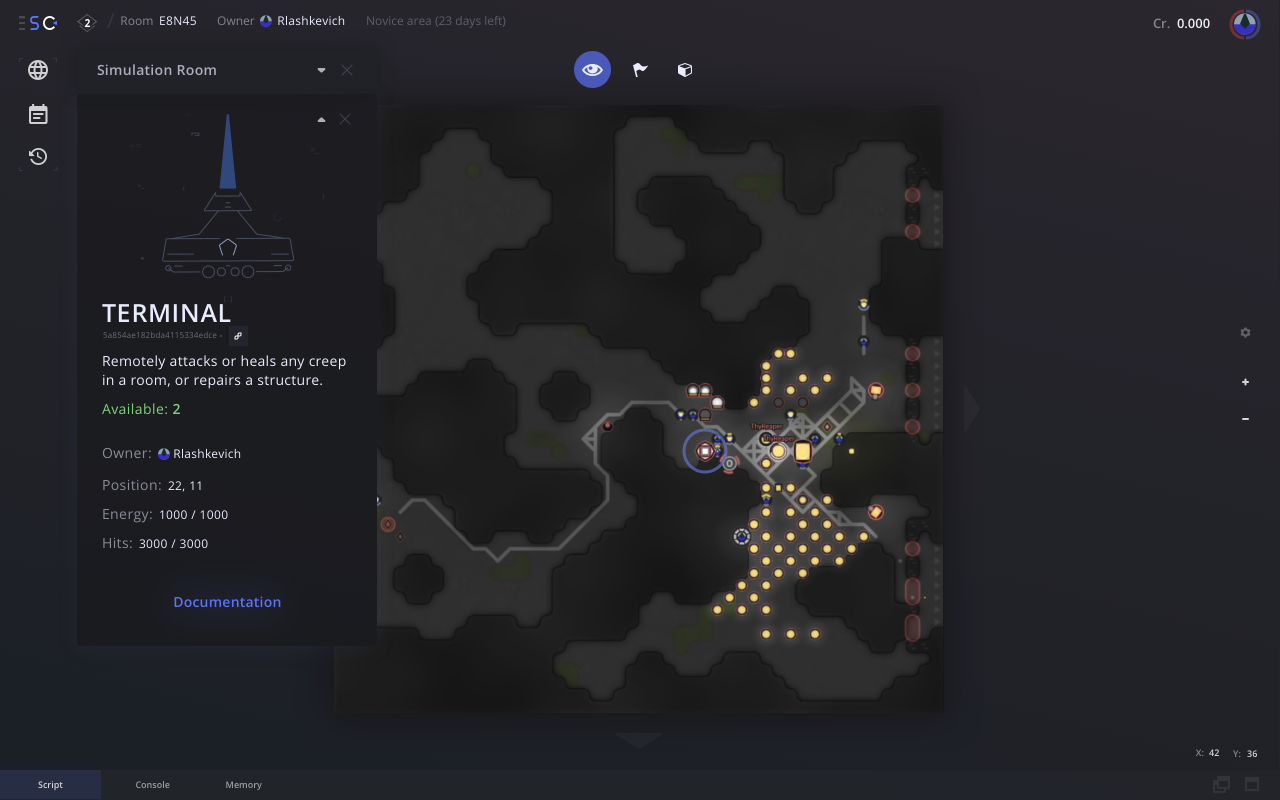 A note for those interested in technologies behind the scene: we’re migrating from AngularJS to modern Angular on these UIs.

Now to changes in functionality.

Introduced new mechanic Creep.pull. It allows one creep to pull another creep helping it to follow:

Here creep1 will gain fatigue for both creeps. creep2 may not even have any MOVE body parts. Creeps may belong to different players. Creep.pull can be called recursively by multiple creeps in series. Thus, a fully XZHO2-boosted 50xMOVE “train” can pull several 50xCARRY creeps just on its own.

This update is supported in private server version 3.2.0.