Many months have passed since the introduction of game shards, but it’s only now when long-term consequences take effect. We can now watch geopolitical trends in addition to just geographical ones. 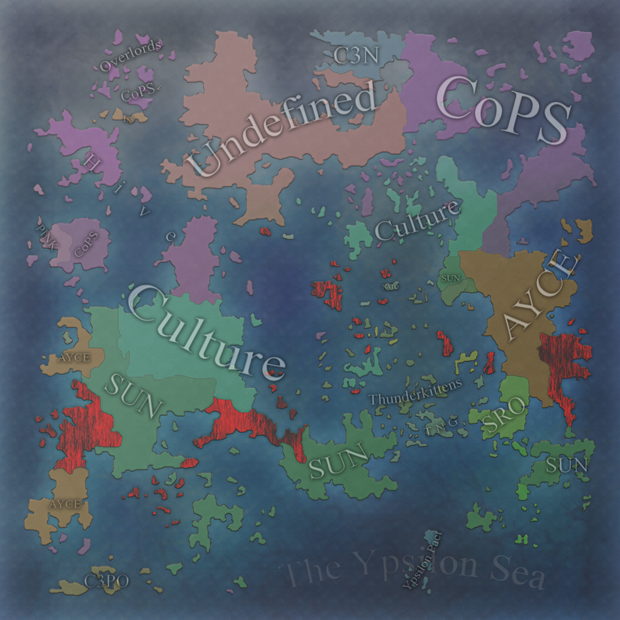 As expected, shard0 continues losing active players, and alliances based on it started to fade. The oldest alliances, once feared by many, became shadows of their past selves as newer and younger unions rose to power.

The Culture lost their presence in the world core, primarily because the two titans, Dissi and Hernanduer, despawned from there. The alliance is torn apart and seems unlikely to ever gather together again.

Military activity on the shard0 is quite low-profile. The most notable thing to happen here, the Langoliers successfully accomplished their mission of clearing all the edge sectors. With the entire ring cleared and closed, shard0 was shrinked to the size of 18x18 sectors.

The Church of the End, on the contrary, had no significant progress on their mission primarily because they lost most zealots who either left the Church (Kasami, for example) or went inactive (like Atanner, TooAngel, bonzaiferroni and even the High Priest Atavus himself). Considering this, it’s only expected that the Resistance forces stopped the Church’s advance to the north from the eastern region and even went on the offensive to remove zealots from the region.

But there is one exception to the fading of established alliances, namely Ypsilon Pact. After their massive migration to shard1 after the Screeps World War II, they flourished in their new home and established themselves as the dominant alliance in shard1. The only other notable alliance around (other than YP) is Overlords who significantly expanded their borders recently. The footprint of all other alliances is insignificant. 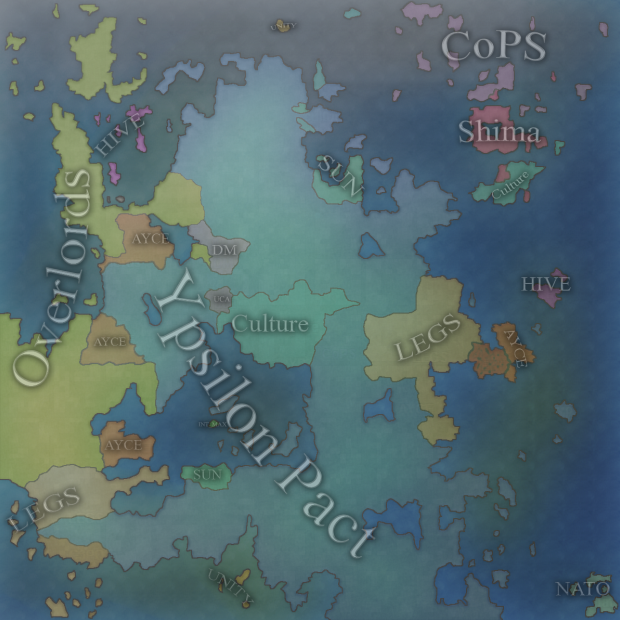 As for shard2, it’s full of brand new or reborn alliances. The most notable is INT_MAX which “became the first Republican alliance in the game where power is wielded by a publicly elected council” – © DoctorPC. Shard2 is even less military active than shard0, but one battle deserves a separate mention, namely between SteveTrov and Tigga. What makes it special is it was presumably the world’s first full-scale war carried out fully automatically. It means everything was controlled by code, including scouting, choosing rooms to attack, and picking attack strategy. 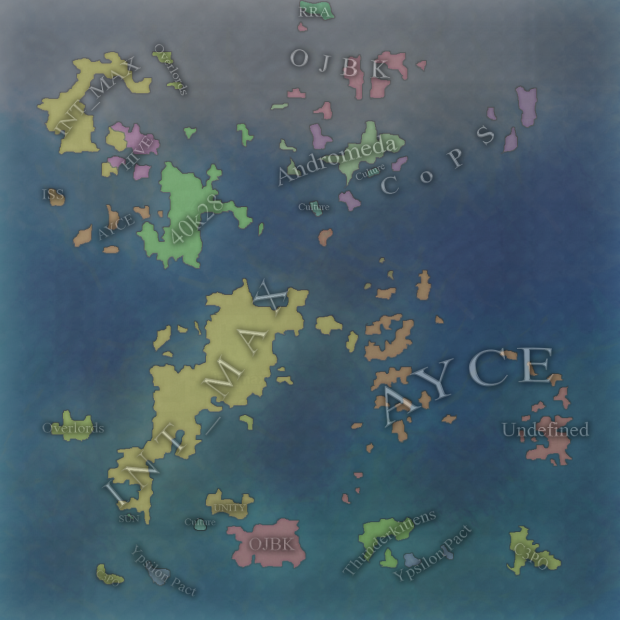 Even now, when Langoliers’ mission is accomplished, shard0 is still notably larger than shard1 or shard2. See the combined picture of all shards to get an idea of their differences: 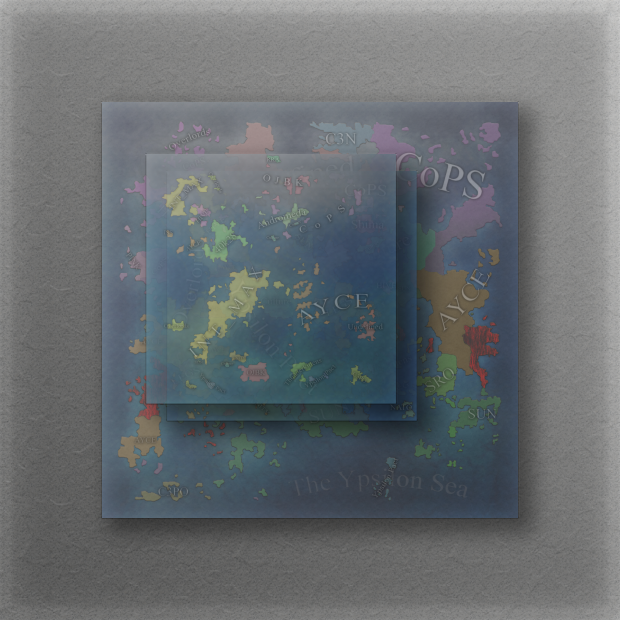 All maps provided by the Ypsilon Cartographic Company. Thanks DoctorPC!

Let’s see what happened on the market.

Two major factors affected prices in the beginning of the year. The first one was the March 3 update (changelog-2018-03-05) that changed lab reactions cooldown, and now creating tier 3 boosts take significantly more time than before. That brought raw minerals prices down, but some tier 3 boosts expectedly became costlier. However, prices increments are not that big, take a look yourself: 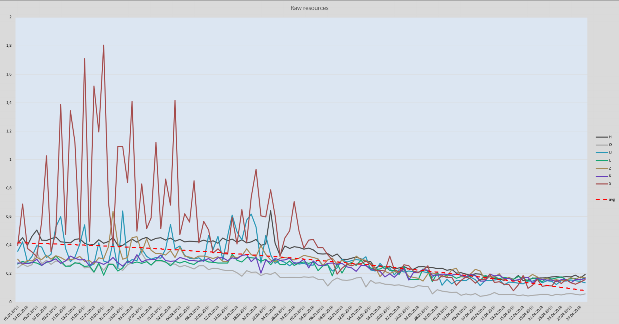 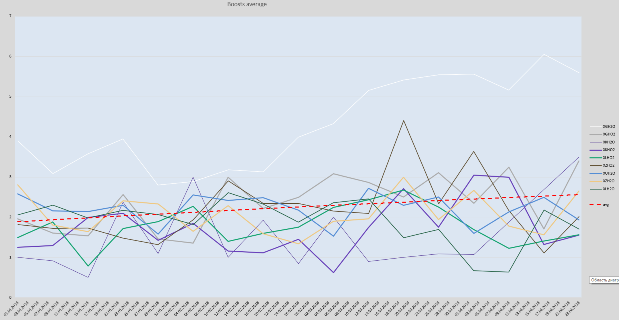 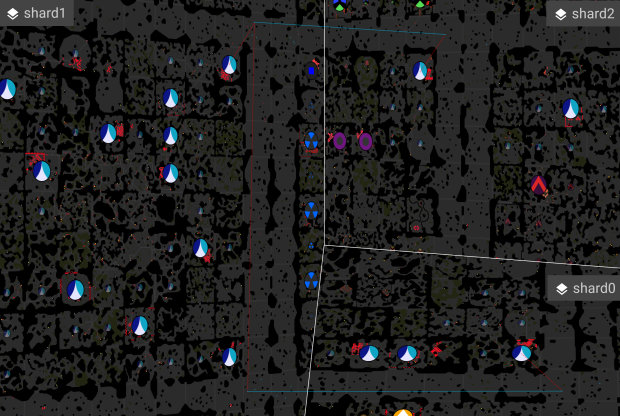 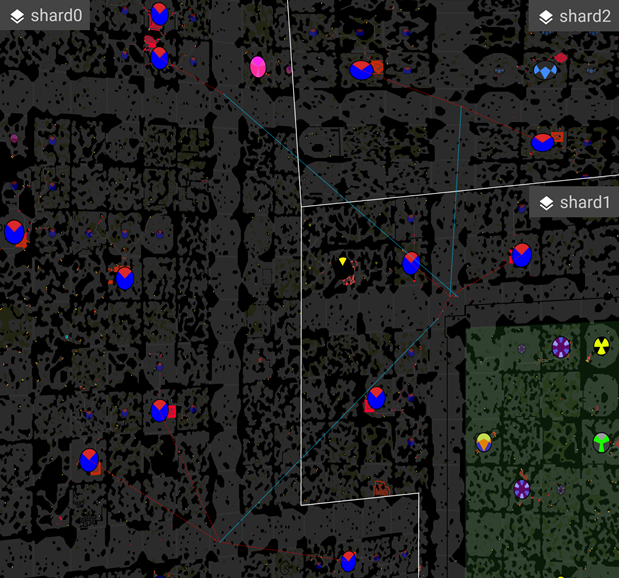 One of the most notable things was the completion of the Optimizations Roadmap by finishing integration of the Isolated Virtual Machine into the game engine. The community immediately tested out the new feature and found it very exciting. Despite of some new, previously unknown issues, it solved a few ancient problems which were unsolvable prior to that. Players who successfully migrated to IVM (both high-level and smaller ones) experienced a significantly more stable CPU consumption primarily because automatic garbage collection now handles only the player’s garbage.

“IVM is great, ticks are more consistent. Problems are less common (and getting even less common)” – SteveTrov (GCL 38).

“For me, much more consistent ticks, CPU management is much smoother, there’s still the oddball ticks, but nowhere near as often or noticable.” – ags131 (GCL 14).

“I’m not even on it yet because my code sucks, but I agree with @mototroller. IVM is how you’d expect this game to work if someone told you about it. This is one of those rare instances where you change something, and it benefits literally everyone, from first-dayers to bitter vets.” – anisoptera (GCL 25).

Those benefits, however, came with a price tag: requirement to use heap memory wisely and carefully. The most common problem was memory issues due to a sharp drop of memory limits. (“The CostMatrix stuff was very confusing and frustrating, I had to walk away a few times.” - deft-code, GCL 21).

For example, in early iterations of the isolated-vm feature, most (if not all) Traveler users found IVM nearly impossible to use at first without making Traveler less aggressive on CostMatrix’s caching. But this specific case greatly helped find and fix an important memory leak in how PathFinder and CostMatrix works which immediately made tick time more stable then ever, so it was for the best.

Now we have the isolated VM enabled by default for all newly registered players, and the number of the old shared VM users decreases with each day.

The decrease in military activity may be due to unofficial community-driven Screeps Warfare Championships (SWC) that are now regular and allow the most competitive players enjoy advanced warfare. Usually they followed the same rules as on the public server which allows for many low-level battles, but the fifth Championship had an initial period for establishing bases and stocking boosts. The goal was to stage high-level battles driven by squads of full-boosted 50-part creeps assaulting RCL8 rooms, which usually happens on the public server, and the goal was hit, the battles were tough. The fifth SWC became the first and the only round to date when neither of teams achieved dominant victory.

We closely monitored the recent events staged by the community on their own initiative, and we are excited to announce the start of the development of a new game powered by the Screeps-based engine. It will offer a completely new experience for those who want a faster, more dynamic gameplay. Screeps Arena will become our second project and a separate Steam game as a match-based RTS with the same engine but a completely different take on game content. A separate page for this project is coming very soon to allow you to follow all updates. Stay tuned!