The last year was dubbed by the Chinese the year of the monkey, but we hope you were not a code monkey but took on developing your code architecture in a smart and far-sighted way. To make sure you really did, ask yourself a number of questions:

Now there are 23,000 rooms available in the game to occupy. Almost 9,000 players “rented” them at different times, starting from the beginning of the game. About 2,000 AIs explore the world each second: 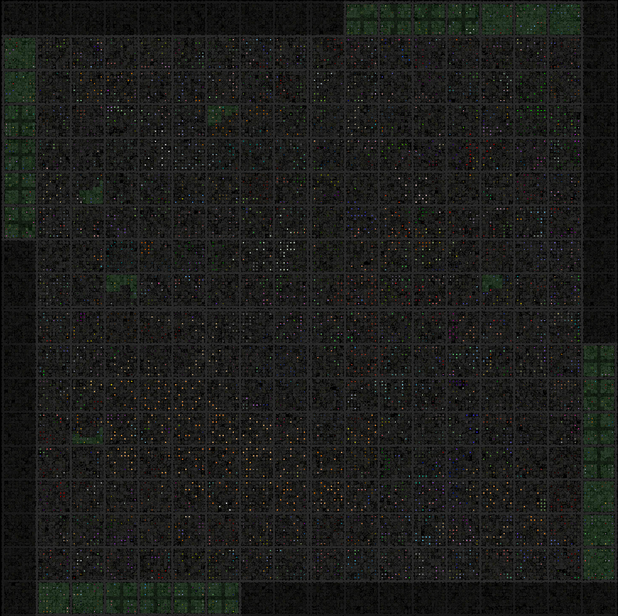 This is how the map looked like a year ago in the same scale: 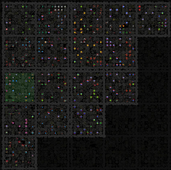 It’s especially vital to know the map of alliances. It will help you, among other things, to avoid a fatal mistake of troubling someone from an evil group with a credo “destroy any intruder, all his friends and relatives.” 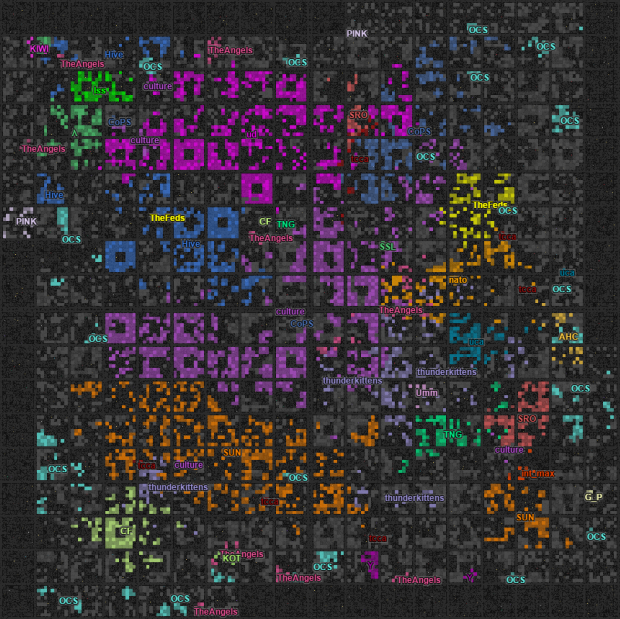 The alliance Open Collaboration Society is worth separate mention: with staggering 50 members (the largest alliance so far), it almost circled all the rest of the players: 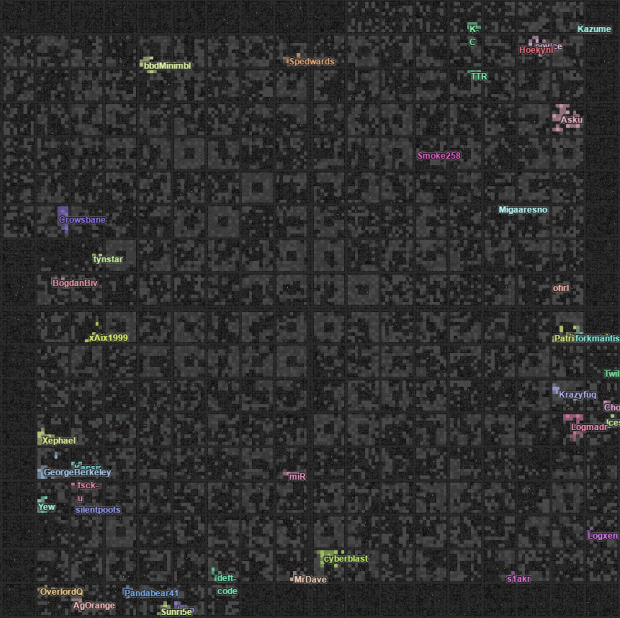 A number of new attractions were spotted:

The Expansion Rank leader of the last season of the past year was stybbe, our new gold medalist. Let’s see how many times the leaders won gold within a year:

All the year round, players have been actively mining GCL from their room controllers. Here are those who’ve been the best at it within the year:

The power resource emerged shortly before the beginning of the year, so we’ll review the absolute accumulation of it by players rather than yearly values. Here are their contributions to the future of power:

By the way, very soon we’ll publish a design document on the power creeps system. It will allow you to get involved in the discussion. Stay tuned!

The system of minerals was introduced in March 2016, but players still use laboratories at 33-80% of their capacity. If you want to boost your processing to 100%, the solution is simple: use idle capacities. Usually they are in those two labs used for reaction raw materials only.

A month after the emergence of minerals, we reviewed configurations of laboratories chosen by the pioneers of the mineral industry (see Review April 2016). This time we can see how 15k+ labs worldwide are composed. Some players invented truly unique things, others borrowed from older peers who, in turn, also tried to come out with the perfect option, still others seem to use the random method. The video of the month features a gallery of laboratory architecture: